Flight Crews Inspired to Be A Donor

One of the longer-standing myths in organ donation is that flight crews cannot be organ donors. This is just not true, but it’s actually been one of the more difficult ones to counter. Jim’s story has been just the remedy though. We know of many, many flight attendants, and other crew who have now signed up to be organ donors because they now know that the myth isn’t true, but mostly because they are inspired by Jim.

Some, like Angela, thought they were already signed up. It took only a minute to find out she wasn’t AND to fix that. Monica signed up, and encouraged Joey to do the same. Adrienne signed up and posed for a photo that will further inspire you. And Joe was able to sign up in less than 2 minutes. Remember: everyone can be an organ donor – you just need to be at least 16 years old.

These amazing people were inspired to sign up to be a donor. Let them inspire you.

Be a donor! If you are not in Ontario, click here to find out how to sign up. 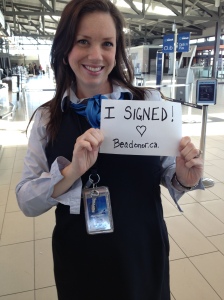 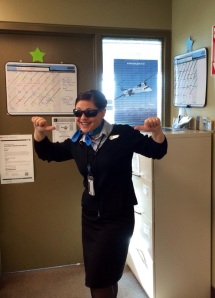 This entry was posted in Uncategorized and tagged be a donor, gift of life, jim maveety, jim's hearts, jimshearts, organ donation, organ donor. Bookmark the permalink.

4 Responses to Flight Crews Inspired to Be A Donor